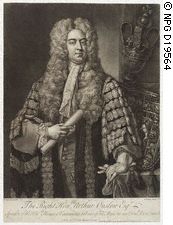 Location: Onslow County is located in Southeastern North Carolina. The terrain is flat, gently rolling and sloping, from an altitude of 63 ft. at Richlands to sea level. It is one of the few counties facing directly on the ocean; however, the beaches are now separated from the mainland by the Intra-Coastal Waterway. Through the heart of the county twists the beautiful New River, the only large river in North Carolina to have both its headwaters and mouth in the same county. New River is 40 miles long and from 2 to 5 miles wide, most of its length below Jacksonville. The White Oak River is the northeastern county border to the Atlantic Ocean, where Swansboro is located.

Climate: The climate of Onslow County is mild to moderate. The average length of the freeze-free growing season in Jacksonville is 230 days. The last freeze is about March 20th, and the earliest freeze is around November 15th. Temperatures do not go below 20 degrees more than once or twice a year. The annual average rainfall is 54 inches, and although a few flakes of snow are seen nearly every winter, measurable amounts occur very rarely. The little snow that does fall usually melts within a short time. The average annual temperature is 63 degrees, with the coldest month being January and the hottest month being July.

Back to Onslow County Page